The Miseducation of Womanhood 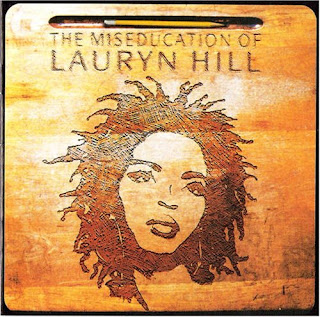 10 years ago on this very month, South Africa played host to the World Conference against Racism, Racial Discrimination, Xenophobia and Related Intolerance. Music being an influential medium amongst many, Grammy award winning and globally renowned musician Lauryn Hill was scheduled to grace the South African shores with a 3 city tour that was aimed at spreading awareness about the conference and its importance in society. Although Lauryn Hill eventually cancelled the tour, to many it was a great sign of change to come in acknowledging a female artist of colour to endorse an event of this nature.

Listed in Rolling Stones' magazine top 500 list of the greatest albums of all time, The Miseducation of Lauryn Hill is a critically acclaimed stand alone classic that explores the struggles of women that deal with the daily pressures of living up to the expectations of society. Following the success of her former group's album The Score by The Fugees, Lauryn Hill excelled beyond the pressures and expectations she faced to succeed with her debut solo project. The numbers spoke for themselves as the The Miseducation of Lauryn Hill debuted at 1 in the Billboard 200 chart with over 400 000 record sales during its first week.

Little has been said about the monumental value the album holds for female figures in past, present and future generations. The well thought out masterpiece is a living testament of the daily struggles women deal with. Whether it be social, gender or human injustice, the album acknowledges and celebrates the spirit of womanhood. The likes of Durban based songstress and rapper Skye Wanda, can bear attribute to the influence the work of Lauryn Hill has had in her life since the inception of her career as an artists. Also a victim of gender in-equality in an industry that was at some stage male saturated, Skye Wanda is symbolic to a female artist that has lived through the guidance of Lauryn Hill's words to establish herself as a well respected and independent entity in the Durban music scene.

A song that was close to heart for many was the heart felt tribute to her first born Zion David. The song speaks of a woman who is encouraged by the outside world to give up her child for stardom and music success. In the end however, Lauryn Hill kept her child and still reigned supreme with the success of her debute album.

Deeply internalised through song, The Miseducation of Lauryn Hill continues to serve its purpose in uplifting women all over the world with its timeless jewels of wisdom.
Posted by AFH at 12:30 AM