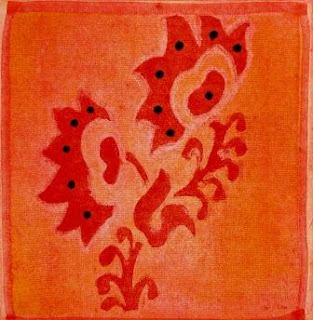 Day 10 of Women's month as AFH (Art for Humanity) continues to honour the women who are involved in the fight for children's rights.

A former student at the Natal Technikon and University of Natal, Bronwen Findlay who was born in Pietermaritzburg in 1953 is a celebrated figure in her trade as she has been actively involved in numerous solo exhibitions as well as participating in group exhibitions. She is a practising artist and teacher that has vast experience that stretches from Durban all the way to Johannesburg. Bronwen is currently teaching in the Faculty of Arts, Design and Architecture at the University of Johannesburg where she runs a teacher training course and is involved in department teaching.

Bronwen Findlay was a proud participant in the Art for Humanity's "Break the Silence" HIV/AIDS awareness project.

Bathtime
Yvette Christiansë
Shh. Listen. Splashing in the tub …
Is she a little partridge? Is he a chubby crow?
Shh. Listen. Under her chin, behind his ears.
Mamma’s long day still has a way to go,
so shh, under the arms, scruba-dub-dub …
One potato, two potato, three potato, four …
Playtime, nighttime, bath-time for
mamma’s little partridge, mamma’s little crow,
pecking at the face-cloth, kicking just for fun …
Shh. Listen. Thunder speaks and windows shake.
Quick, one more rub as floorboards creak. Shh,
mamma’s hard morning is just a night away
and little birds must go to sleep where thunder
is a whisper and heavy shoes can’t find them.

Yvette Christiansë is a poet and novelist. She was born and raised in Johannesburg and Mbabane. She now lives in New York where she teaches at Fordham University.
Her book of poems Castaway was shortlisted for the PEN International Poetry Prize 2001. Her novel based on the life of a slave woman in the Cape Colony was released in November 2006. Her poetry, prose and scholarly writing have been published in South Africa, Australia, Canada and the USA.