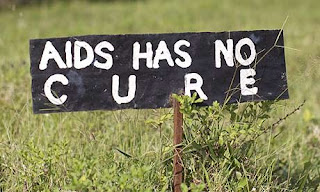 Fighting to keep up with the social standards of modern day society, campus life for most young women hasn't been a walk in the park. The pressures to fit in with the city's elite has partly been reason behind most young adults falling prey to the inner city decay that has cornered them into selling their souls to indulge in a lifestyle of quick and easy money.

Hailing from poverty stricken communities, most girls who seize their independence when moving to the big cities usually find themselves at the helm of temptations. The prostitution ring continues to grow in Durban as more and more young female adults flock into the prostitution market with hopes of earning enough money to buy acceptance in desired society.

What's more troubling is a shocking revelation of how some of these girls give up themselves without any form of protection at the expense of the client paying a little extra money for their services. At the risk of contracting sexually transmitted infections, it seems like these young adults will stop at nothing to get that financial fulfilment.

According to a student at Berea Technikon, a certain res is used as a brothel by its owners. The girls who reside there have to sell their bodies to keep a roof over their heads. However that's part reason behind their activities, according to our undisclosed source, some of these students sell their bodies for the thrill of being financially independent. The pressures of keeping up with the latest trends and buying acceptance from the economically stable circles also adds to their reasoning for engaging in such activities.

It is uncertain what the future holds for these girls but the rapid spread of HIV/AIDS will continue to do damage on a new frontier if the government doesn't tighten it's laws around illegal prostitution.