The crux of todays influence
By Nicole Hodnett 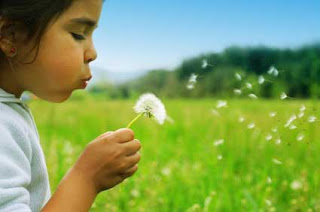 In today’s world everything we see, do or hear goes according to influence, generalisations or stereotype.


According to an article written by Julia.T Wood, of the many influences on how we view men and women, media are the most persuasive and one of the most powerful.


When we watch television or movies we see scantily clad ladies strutting around ,showing their bodies’ parts off to the world in tiny pieces of clothing .


Do men automatically view women as objects when its plastered on television  or is this just the way the world works?


It is unfortunate that a piece of clothing can lure a sexual predator or give wrong ideas to the opposite sex. We are the way we carry ourselves and even though it is not our fault, influence will continue the stubbornness to play fair in the lives of men or women.


A dialogue artist, Amadou Kan-sy explains the difference of colour complexion, and with different accent and tones of life and communication.


According to feminist issues in prostitution, radical feminism opposed prostitution on the grounds that it degrades women and furthers the power and politics of the male gender. Feminists seek to be supportive of sex workers while deploring the work itself as inherently wrong. They do not admit to taking an ethical position in contemporary moral terms. According to the Old Testament  the  women’s behaviour was limited in ancient times.


According to Science Daily, past studies have shown that people perform poorly in situations when they being stereotyped .This was according to Associate Professor of Psychology, Michael Inzlicht who led the study.


Results show that prejudice and stereotyping have lingering adverse impacts.


According to association for Consumer research, a very large body of research on non-verbal communication has sprung up during the past twenty five years when it comes to clothing.


Another major focus of study on clothing treated it as an extension of the psychological state of its user.


According to an article written by Breezysands, women in the media are portrayed as having an ideal body type. As early as toddlerhood, girls are groomed to believe that they must achieve an unrealistic shape in order to look radiant.


Clothes being marketed today have such slogans on them such as "hot chick" or "flirty baby" that objectify little girls the same as beauty pageants.


This happens when girls as young as 3 years old wear makeup with wigs, false teeth, fake eyelashes and excessive amounts of makeup.


Can we really be okay with each other in this world or do we still see each other as alien that automatically have to judge one another and act on impulse when we see something that sticks out from normal human vision.

The women for children project gives light to topics like these and gives poets the chance to express themselves through art and poetry on social issues that affect them and today’s society.
Posted by AFH at 6:01 AM