A School Of Historic Wealth 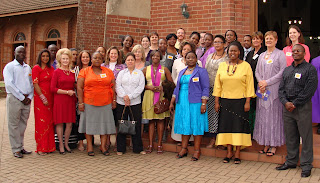 A location that houses some of Durban's richest heritage, Inanda is a township located on the outskirts of the city's metropolis. The home of late revolutionary figures such as Mahatma Gandhi & John Langalibalele Dube, Durban is well recognised for its diversified cultural blend that has played a vital role in shaping South Africa's rich history.

Inanda Seminary, an all girls school with a 141 years of academic excellence, is a living testament of Inanda's rich historic background. Having produced some of South Africa's well respected figures both in the cooperate and political spheres, Inanda Seminary has prided itself at living up to its motto of ''Shine wherever you are''. With an impressive 100% pass rate in 2010, Inanda Seminary remains firm on maintaining its academic excellence that was established when the school was first launched in 1869 by American Missionaries. Mary Kelly Edwards, an American Missionary, was the school's first appointed principal. Her impressive leadership skills helped set a high standard of academic achievements that have put the school in the noted eye of global icons such as Nelson Mandela and South Africa's current president Jacob Zuma. Mr Mandela was responsible for assisting in finding Inanda Seminary sponsorship from Sappi to keep the school going after it was on the verge of closing down due to the lack of funds. Madiba's historic visit to the school took place on August 13th 1999.

Since then, Inanda Seminary has carried its traditional standards of high excellence both academically and morally. With funding from sponsors, the school has been able to run a bursary program that is aimed at disadvantaged pupils. The bursary covers both boarding & tuition costs. With Heritage month now in full effect, AFH gives praise to Inanda Seminary for their long standing monumental contribution to the history pages of Durban & South Africa.