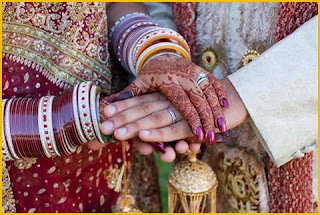 by Njabulo Ngobese
As the celebrations continue for heritage month, we look at the long standing history of arranged marriages in the Indian community.
The practice of arranged marriages is now something of the past in most Indian communities around South Africa. Nowadays, the choice one makes with whom they choose to spend the rest of their lives with depends on how much they love that person. The whole idealism behind arranged marriages in the first place is based on the conservative nature of the Indian culture. Parents found it appropriate to choose a life long partner for the children because there were certain rules and regulations they had to follow when initiating the process.
Status and class were the key elements of note when couples were in the process of being brought together. One could not marry outside of their class. The girl's family would look at the boy's status to see if he is worthy of marrying their daughter. . Unlike the Zulu culture with lobola, in the Indian community it is the girl that pays for the boy (Dowry), which in India is still practiced.
Although arranged marriages may seem ideal on a cultural level, socially they can backfire severely leaving room for promiscuity which can result to the contraction of HIV/AIDS and other sexually transmitted infections. The dissatisfaction of one of the parties in the relationship can easily compel them to seek gratification else where. Studies have shown that there is a higher chance of committing adultery if you are in a committed relationship with someone you don't love reason being there is very little loyalty built between the two people.
With the above as an added form to the AIDS epidemic, it is important for people to realise that as humans each individual has the right to make his/her own choices.
Posted by AFH at 1:39 AM