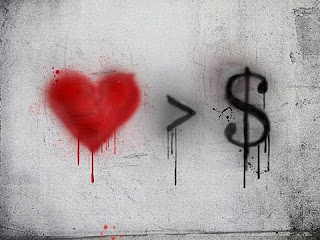 by Njabulo Ngobese
A tour around Durban's art centres and galleries proved to be quite a fruitful experience when the last stop we made surprisingly gave purpose to the whole trip. It was an awakening to an issue that has never been openly brought up for discussion in the arts community,...divisions.
The thin line drawn between what is considered commercial art and that those of purists who practice solely for personal fulfilment, has widened a gap of differences between the two. Commercial art galleries have apparently been disregarded by most art purists, claiming that they do not cater for their specifications but focus primarily on the business aspect of the trade. Observing both arguments respectively, there is probable justification behind the manner in which commercial art galleries run their operations. According to an independent art gallery owner, the term 'commercial' shouldn't even be associated with their business or the work they do.
Along with the community of art purists who have expressed their discontent for the 'commercialisation' of art for profit gain, the independent gallery owner validated her argument stating that divisions are pointless if we are all working towards the same goal.
At the end of the day like anything under the sun, continuation and progress relies on sustainability. Unfortunately for most art purists who have rebelled against the concept of commercialising their work, their art has landed in places where it will never receive the appropriate accreditation both economically and socially. The money factor for 'commercial' art galleries defines their initial vision of how artists and their work should be represented to the general public.
It is however sad to learn that most commercial art galleries do not accommodate up and coming artists due to the demands of their clients who warm up mostly to established names in the field. But the show must go on and common ground has to be established for the eradication of the gap between commercial and non-commercial art. The purpose of any form of artistry is to reach an audience and make an impact in their lives. This can only be accomplished if the work receives the appropriate platform to generate its accreditation and revenue.
Posted by AFH at 10:27 PM